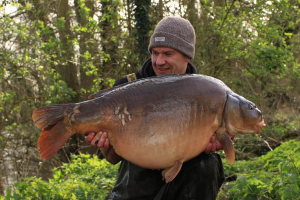 PB of 60lb alongside an impressive album of other large desirable English carp!

Following numerous successful seasons fishing some of the most famous southern circuit waters, including the Horton complex, The North Met Pit as well as Cleverley Mere, Greg was awarded carp angler of the year 2017/18 from Carp-Talk magazine! A great achievement in its own right, having come runner up in 2016/17!

In more recent times, Greg has focused his angling around the pursuit of arguably the most sought-after Carp in the country, The Burghfield Common which he went onto catch in August 2020! Greg etched his name into carp fishing history, becoming only the 14th angler known to have caught the iconic fish.

You can find the channel here: https://www.youtube.com/channel/UC4eQ1immSIIpzAvqLPMbUUg